Yet another Iskander-M SRBM system introduced into service 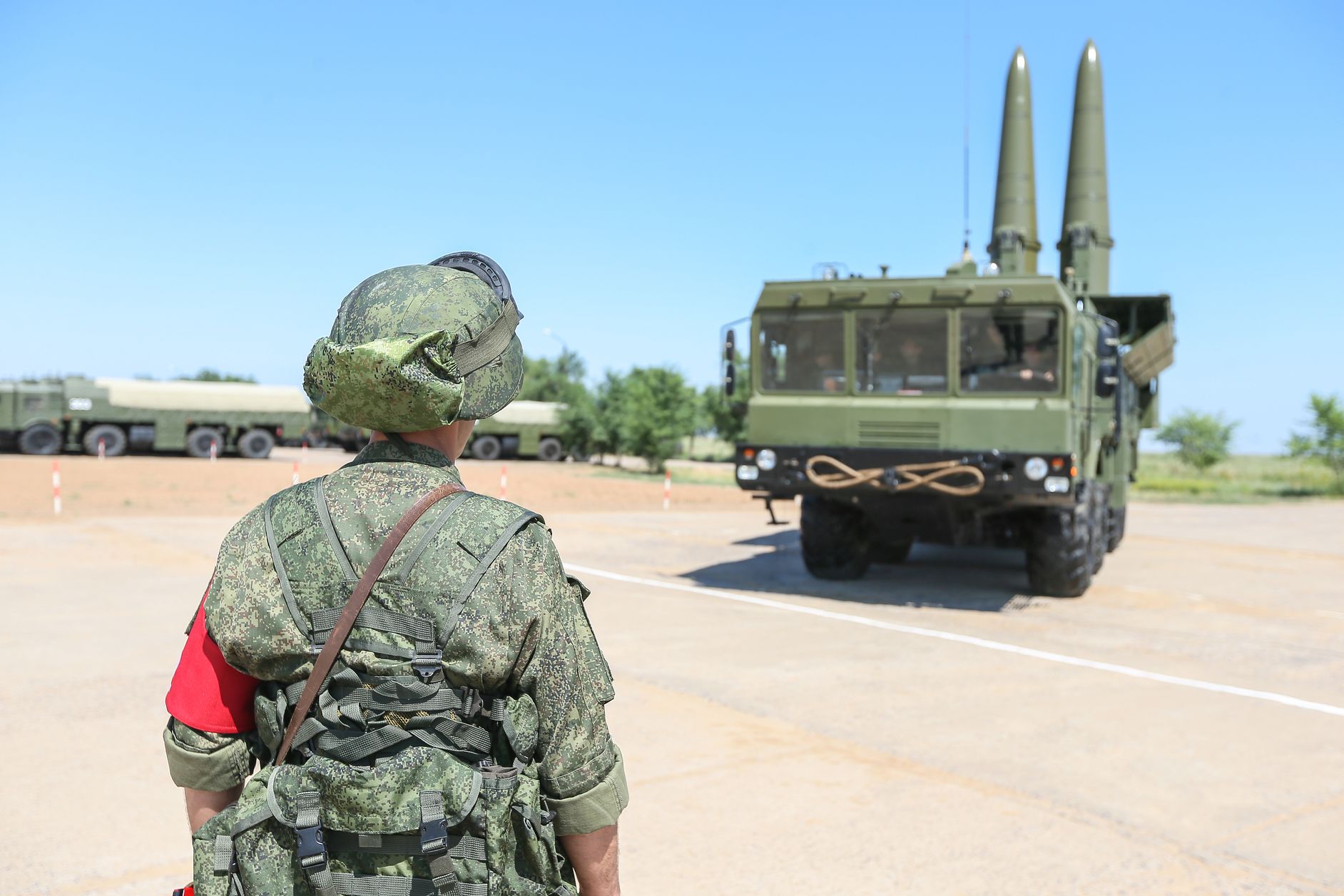 The mobile high-precision SRBM systems are supplied by KBM leading a team of more than 150 cooperating companies under a long-term contract concluded with the MoD of the Russian Federation. Every single delivery during the past three years was carried out according to schedule without a delay day.

The complete set had been supplied to the user already in May. Several weeks the team of specialists from KBM and cooperating companies spent at the test range to check the materiel and train crews to operate the combat system. The set of 51 hardware pieces works like a single mechanism, without any failure. The Iskander-M SRBM system is delivered fully operational.

The equipment handed over to the Army is formidable, smart, sophisticated, with plenty of capabilities. To fully master it the combat crews complete a training course at the Training centre for combat employment of missile forces and artillery of the Russian Army.

It is now the fourth year since Islander-M systems have been supplied to the armed forces. The first set was accepted on 28 June 2013 by Russian Defence Minister Sergei K. Shoygu in person. Valery M. Kashin, then the KBM general director and general designer, brought up the issue of development of simulators for training missile brigade personnel and found complete understanding.

In 2015 Russia's Ministry of defence awarded AO NPK KBM a contract  for development of the Integrated training equipment set (ITES) for the Iskander-M SRBM system.

KBM was selected the main contractor. The major subcontractors include AO TSNIIAG, AO FNPTS Titan-Barrikady, ZAO NII Sinvent, OAO Rossiyskaya promyshlennaya kollegiya. From the user the development will be supported by the Mikhaylovskaya military artillery academy.

The design specification requires that the ITES is composed of eight training units ranging from a computerized indoor trainer for theoretical studies to crew simulators for training and assessment of the qualification level of key component crews: TEL (transporter-erector-launcher), CPV (command post vehicle), IPS (information preparation station), and drivers.

The crew simulators will be connected via a LAN, thus creating a common training environment similar to the real one from the battery level to the brigade. The ITES provides for training crews in preparation for combat launches, data generation and transmission, and conduct of training launches in compliance with standing operating procedures.