Verba and Gibka-S in the spotlight 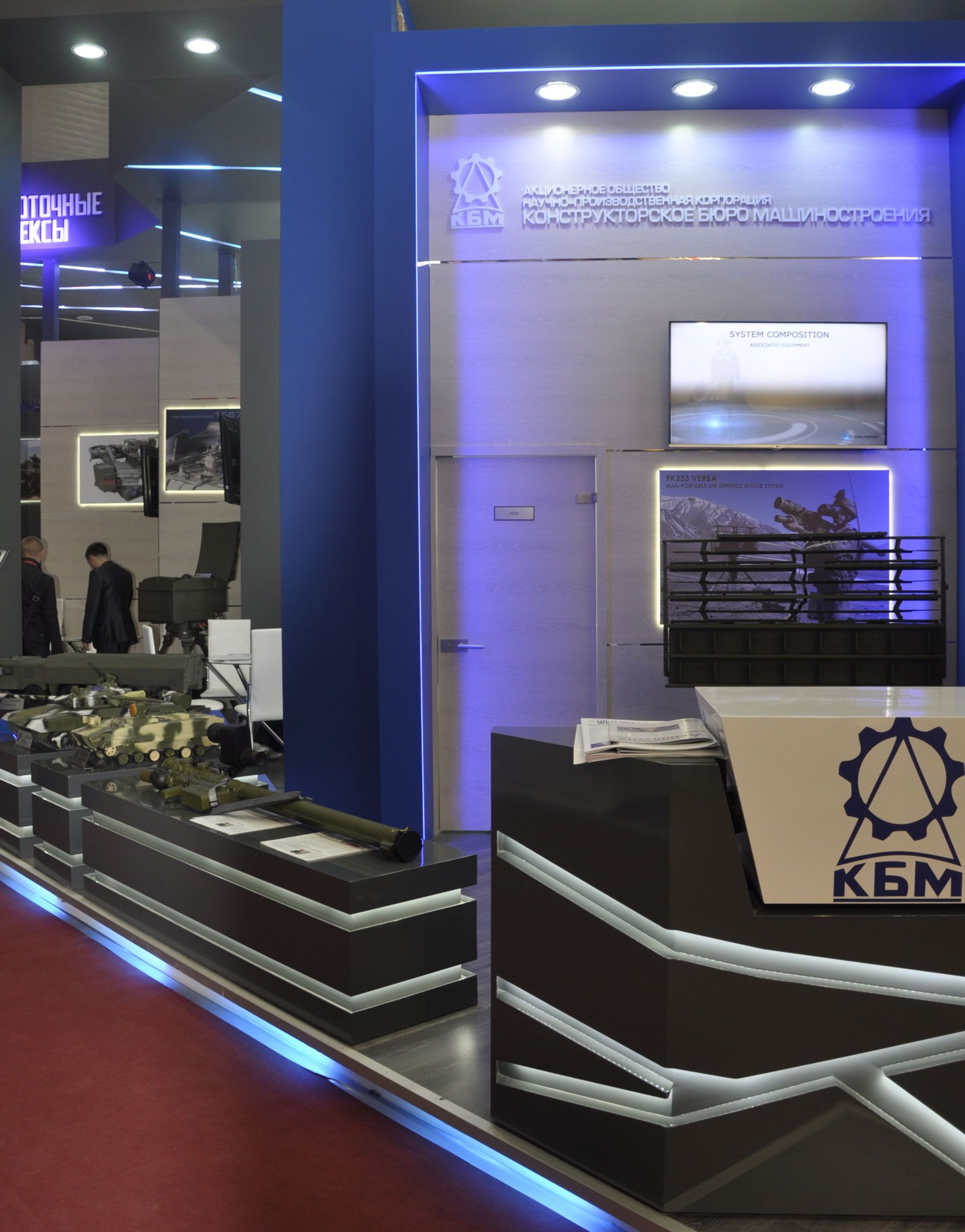 KBM is among participants in the Army-2016 international military and technology assembly held in Kubinka (Moscow region) opened today and due to close on 11 September.

Its major merits against its counterparts are much higher sensitivity, accuracy, counter-countermeasure capability, rejection of powerful IR decoys.

The implemented novelties double the combat effectiveness of the system.

The stand displays a full-size-and-weight mockup of the Verba system.

Next to it, there are some major components of the system developed by KBM co-operating companies: Mowgli-2 night sight, portable fire control module, automated cuing and targeting set for a MANPADS gunner section, small-size radar.

Both full-scale demonstration combat vehicles of the Gibka-S system are on a display lot accessible only to the Russian military. For foreign guests they will be shown later.

The CVS is an armoured vehicle for transportation of a section of MANPADS operators complete with organic weapons, missile load and other authorized equipment. The CVS is intended to protect combined-arms units, deployed and/or marching, round the clock from low and very-low air threats in all combat actions.

The important advantage of the CVS is that it can use both Verba and Igla-S MANPADS missiles, the latter being fielded by many armies, including the Russian Army. The missile load is 8, four carried and four loaded on the launcher. CVS operation is automated to the highest degree. The combat employment mode is either autonomous or under control of command posts from the Barnaul-T battle management system.

The MANPADS platoon commander's reconnaissance and combat control vehicle is intended for automated control of activities of MANPADS operator sections. The CRCV includes a Garmon' small-size radar. The CRCV provides for immediate link with higher command posts and control over either six subordinate CVSs or four MANPADS sections equipped with 9S955 automated cuing and targeting sets. The guaranteed communication range between CRCV and CVS is 17 km at halt and 8 km while on the move.

CVS and CRCV are based on the Tigr vehicle. The CRCV crew consists of commander, telephone operator, and driver. The CVS crew includes driver, MANPADS section commander, and two MANPADS gunners.